It cannot be denied that my love for the weird and the numinous permeates all my work and recently I have been pondering the trigger that started it all. Admittedly, my personality leans strongly in that direction, but as I reviewed my childhood, one memory that stands out is one day finding in the library a book of nonsense poems. Most of them made little sense and had very little impact until I came across Lewis Carrolls' The Hunting of the Snark. I suspect I could not have been older than 10 years at the time.

I had been familiar with Carroll because I have always adored his Alice stories having read them multiple times as a child and even today in adulthood. Though I found the 1951 Disney movie to be charming in its own right, I always found it disappointing as it never captured the sheer magic of Carroll's actual work. So when I discovered The Hunting of the Snark written by one of my favorite authors, I dove in with great joy and a lot of eager expectation.

"Just the place for a Snark!" the Bellman cried,
As he landed his crew with care;
Supporting each man on the top of the tide
By a finger entwined in his hair.

In the tale, I found wonder, humor, magic, but unlike the Alice stories, my childish mind also found sheer terror, especially when my imagination was fired by the famous illustrations by Henry Holiday.

The opening of this nonsense poem introduces us to a crew of ten members (whose names all start with the letter 'B'): a Bellman, a "Boots", a Bonnetmaker, a Barrister, a Broker, a Billiard-marker, a Banker, a Butcher, a Beaver, and a Baker. In their quest , the crew lands on an uncharted island to hunt for the Snark in a manner most unique:

However, there is one small complication. The Baker reveals that he received a prophecy before the trip that if he encounters the Snark, but discovers it is actually a different creature called a Boojum, his fate will be terrifying.

"'But oh, beamish nephew, beware of the day,
If your Snark be a Boojum! For then
You will softly and suddenly vanish away,
And never be met with again!'

I'll leave you with three guesses as to how the poem ends.

The result to my young mind was to create a world where the laws of logic don't work or else work in a manner of ironic absolutes. Nightmare fuel to say the least, and the poem created in me a fascination for the mystifying and the sheer wonder of what some philosophers call the mysterium tremendum. It is, thanks to Lewis Carroll, that I am best known for the quote, "The world is not safe, nor is it necessarily sane."


But the valley grew narrow and narrower still,
And the evening got darker and colder,
Till (merely from nervousness, not from good will)
They marched along shoulder to shoulder.

Then a scream, shrill and high, rent the shuddering sky,
And they knew that some danger was near:
The Beaver turned pale to the tip of its tail,
And even the Butcher felt queer.

Yet even then, like Carroll's intriguing worlds of nonsense and fantasy, I cannot deny that life contains a sense of beauty and the shadow of something greater than our existence. Nonsense it may appear to be, but not nihilistic.

You can read Carroll's entire poem here, but to read it with its original illustrations, I would encourage you to read the entire work here.

Email ThisBlogThis!Share to TwitterShare to FacebookShare to Pinterest
Labels: dark fantasy, Lewis Carroll, nonsense poems, the Hunting of the Snark

Excerpt From The Inugami

In my current work in progress, The Inugami. Kelly, an American studying in Tokyo, discovers an Inugami living in the crawlspace of her rented apartment. An Inugami is an anthropomorphic dog, a familiar for Daoist sorcerers created through evil magic.

In this scene, Shadō reveals that in the ground behind the apartment, there is a box buried that contains secrets from her former master:

Note: This is an unedited rough draft. The final version may be dramatically different.


Kelly refused to let the Inugami dig up the backyard with her claws. The thick mud would have necessitated another bath and the promise of another shower calmed Shadō down where Kelly felt safe leaving the creature alone in her living room while she ran to the nearest hardware store for a shovel.

When she returned, it was to find the Inugami restless and trembling and looking at the crawlspace entrance. It only took a few moments to discover what the creature’s problem was and a good five minutes to teach Shadō how to use a human toilet.

Later in the backyard, the Inugami wandered the small patch of bare ground, her furred hands outstretched, her eyes closed, using other senses to discover the exact location of what they sought.

In a few moments, Shadō sighed with satisfaction. “It is here,” she said. “It calls to me.”

Grateful, the hardpan had turned to mud, Kelly began the process of digging while Shadō looked on impatiently. After digging a hole almost two feet deep, Kelly’s shovel hit something solid. An hour later, she had effectively made the hole large enough to reach in and pull out a large wooden box, four feet long and two feet wide, covered in what seemed to be hard tar. She lay the box, unusually light for its size, on the ground. On its top, a large Japanese glyph stood out boldly in yellow paint. 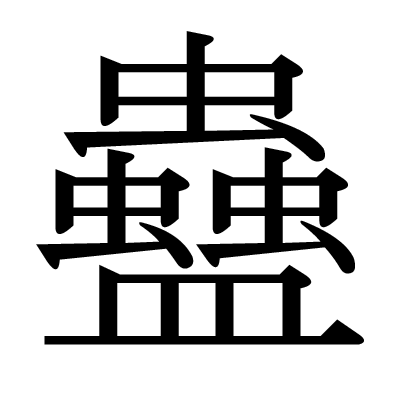 Shadō put her hand on Kelly’s shoulder. “You must not open it.” She pointed to the symbol. “I cannot read, but my former master told me what it says. It is a curse on any who may open it.” She looked up at Kelly with a wolfish grin. “But I am already cursed.” And with that, Shadō wrestled the box open.

Inside lay a sword. Kelly recognized it as a katana with a black sheath that had been polished until it gleamed. Strips of white cloth and a larger black garment cushioned the sword. Off to the side near the sword’s handle lay an old book looking as if it would fall apart at the merest touch.

“I can read the title,” Kelly said. “The Book of the Golden Crow and Jade Rabbit.”

“Yes,” Shadō said, her voice trembling with excitement. “It will teach you the art of becoming an onmyōji. And here are my fighting clothes and my katana.” With trembling fingers, she reached in and gently drew out the sword.

“The sword is named Makaze,” the Inugami whispered, her voice filled with awe. “Evil Wind. If I draw it fully, it cannot be resheathed until blood is drawn, but I can show you a small portion of the majesty of its blade.”

With a click as the katana left its sheath, Shadō revealed the first two inches of the blade. The sunlight reflecting off the polished metal made Kelly’s eyes water.

Immediately, the air was filled with the sound of a human being in great torment, its screams and cries filling the air.

With a cry of terror, Kelly clamped her hands over her ears to try and drown out the sounds of unspeakable suffering.

With a sharp snap, Shadō sheathed the sword, the cries of an anguished soul turning off like the click of a switch. “My apologies, Master,” Shadō said. “I should have warned you that the sword sings.”

Email ThisBlogThis!Share to TwitterShare to FacebookShare to Pinterest
Labels: story excerpt, The Inugami

Marketing for any author, regardless of being self-published or going the traditional route, is a task that is unavoidable. For the introverted and the shy, marketing is seen as a necessary evil. For the extroverted, promotion can be overblown and annoying. Finding the perfect balance between too little and too much is no easy task. No author wants to be merely the world's greatest secret and yet, no author should want to be an annoying pest.

Recently, I ventured the idea of turning my book covers into greeting cards with a blank interior. And the samples are below. The programs I used in their creation were a combination of Microsoft Word, Paint.Net, Adobe Acrobat Pro, and the free Avery plug-in for Word. Detailed instructions are below: 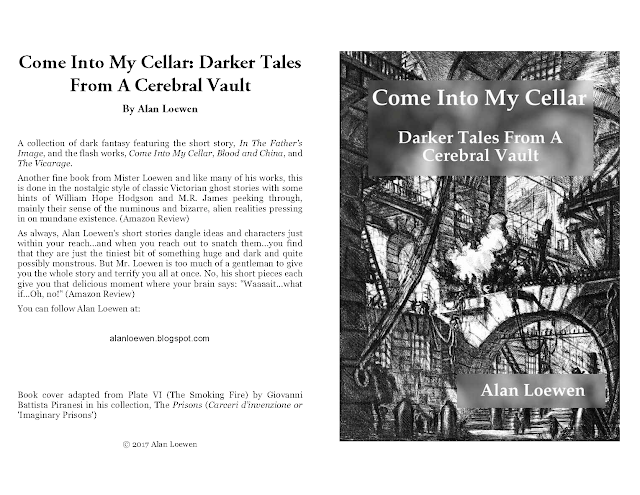 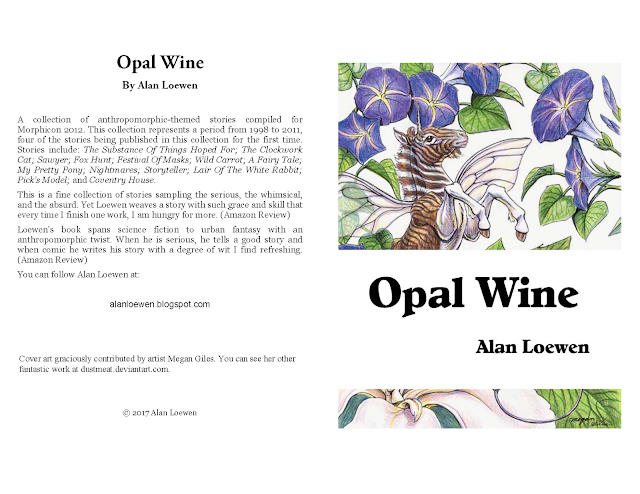 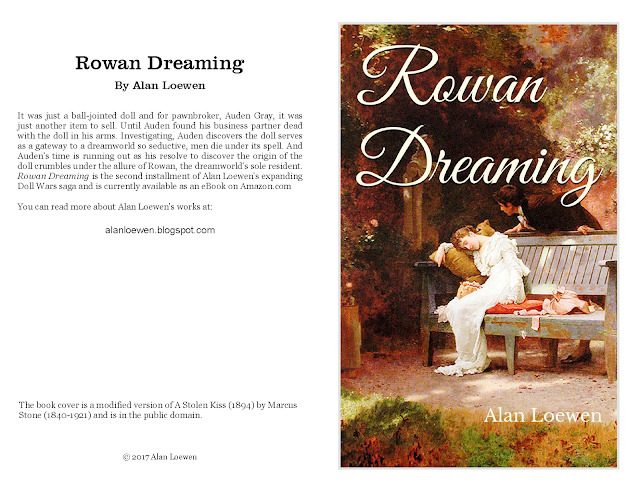 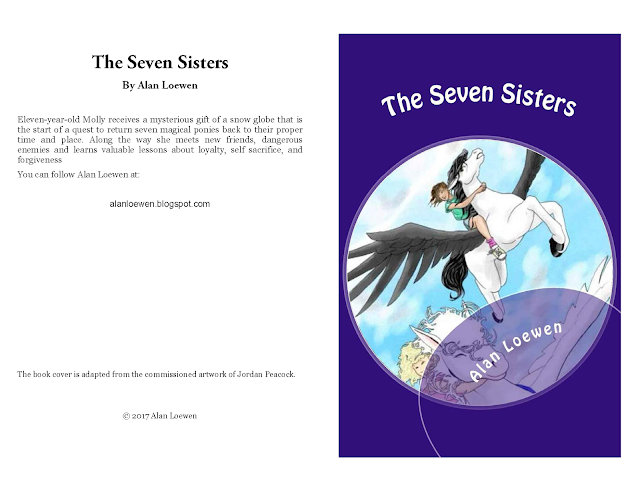 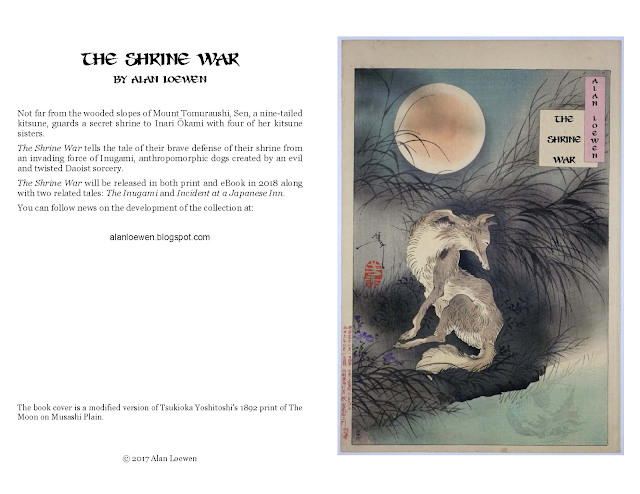 I used the following:
Note: The program Paint.net is free but has a slightly steep learning curve. However, do NOT download the program from ANY website other than the one linked to in this message unless you really, really hate your computer or are a huge fan of malware.