This is a reminder that volunteering for tuckerization only means a character in the story shares the participant’s name. Other than that, no other similar characteristics are implied.

My Christmas Gift to You: A Free eBook! 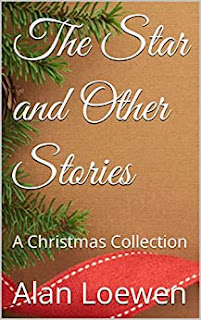 This eBook is FREE on all international Amazon websites until December 20th, Eastern Standard Time.

Amazon US
Amazon UK
Amazon Canada
Amazon Australia
And, PLEASE, if you download the book, PLEASE leave a review. Reviews are the butter on any writer's bread. Thank you. 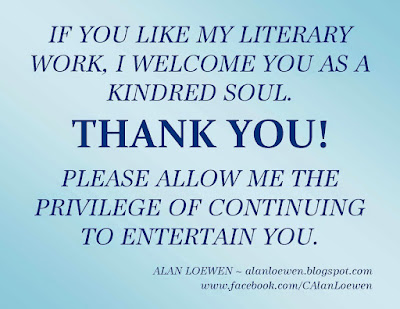 Email ThisBlogThis!Share to TwitterShare to FacebookShare to Pinterest
Labels: book promotion, the Star and Other Stories

The Piper at the Gates of Dawn

A reminder that volunteering for tuckerization only means a character in the story shares the participant’s name. Other than that, no other similar characteristics are implied.

Author’s Note: Yes, I am almost two years behind, but I slog ahead, fulfilling my commitment to write 30 flash fiction pieces for October 2020. I will not stop until I have completed my promise to all the people who desired tuckerization in a Loewen story.

A reminder that volunteering for tuckerization only means a character in the story shares the participant’s name. Other than that, no other similar characteristics are implied.

I Have Seen the Future and the Future Is Diesel, Part 2
by Alan Loewen
ALL RIGHTS RESERVED

(Note: This story is a sequel to I Have Seen the Future and the Future Is Diesel, published in my short story collection, Worlds of Mystery.)

Nurse Pelligrino tried to breathe through her mouth to keep out the ever-present stink of diesel. Here in the Ruins, the smell of diesel mixed with blood, used bed pans, and the various odors of the sick and dying. However, as a nurse, Carol had to leave the surface and do a two-week shift thirteen levels below in an artificial hell where even further, the ever-present hum of the diesel extractors kept the planet working for its masters.
When American scientists found a way to create cheap diesel fuel from elements deep within the earth, an unholy marriage of mechanical engineering, nanotechnology, and affordable fuel collapsed the government to make way for corporations, the true purveyors of power. The Middle East went bankrupt, the dollar soared, pollution went out of control, and life spans dropped. The Age of Diesel reigned supreme.
A robotic nurse’s aide wheeled by, leaving a thin sheen of lubricant on the floor from faulty hydraulics. “Nurse Carol Pelligrino,” its speaker rasped. “Director Manson wishes to see you in his office right away.”
Carol sighed and looked at the clipboard in her hand, listing dozens of patients that needed attention. She shrugged in resignation. They were all used to waiting.
Carol walked into Manson’s office without knocking. He didn’t deserve consideration. True to form, he sat glassy-eyed behind his desk, flying on whatever he could sneak from the pharmacy.
“Director Manson? Director Manson!”
Some form of sentience came to the director’s eyes, and he mumbled something.
Carol leaned closer. “Repeat that,” she ordered.
The director screwed his features in concentration. “Room 744,” he mumbled. “Rebel. They caught him. Roughed him up. Fix him up for …um ... interrogation.”
Carol shook her head, turned on her heels, and left the office. She wondered if this one would be alive when she saw him. With their computerized brains, the so-called Custodians didn’t practice restraint when chasing those who stood against the Corporation Hegemony.
As she entered the room, she first saw the Custodian standing in a cloud of exhaust, its diesel engine purring inside it. An ambulatory ball of metal and hate, it had its weapons ready and pointed at the human on the bed.
“Stand down,” she ordered and was not surprised when the Custodian ignored her.
Amazingly, the man on the bed was conscious. “I’m Nurse Pelligrino,” she said. “I’m going to check you over for injuries.”
The man nodded, pain evident in his eyes and on his features. “I have a broken arm and maybe internal injuries.” He nodded at the Custodian. “Those things aren’t known for their gentleness.”
“I’m going to give you something for your pain,” Carol said. She walked over to a counter and opened it with her handprint. She was surprised to find painkillers in the drawer. Usually, the nurses and doctors permanently stuck working here sold them on the black market.
After the injection and the patient visibly relaxed, Carol took the portable scanner out of her pocket and ran it up and down the man’s body. “You’re lucky,” she said. “Your arm is a greenstick fracture. Your spleen is bruised but not bleeding. What’s your name?”
“Nick Weaver,” the man said.
“And you think being a rebel can solve the world’s problems?” she whispered.

Nick smiled. “If I was the only one, most likely not.”

Carol shook her head. “Gotta love that idealism.” She turned to the Custodian. “I need an InstaSplint for this man’s arm. I have none in this room. I will return.”
Striding down the hallway, she returned to Director Manson’s office and walked in. He lay face forward on his desk, snoring away whatever drug he had taken to ease his misery of presiding over the Ruins.
Fifteen minutes later, Carol walked back into the rebel’s room carrying a box bearing the label InstaSplint. Opening it, she took a plastic wrap out of the box, wrapped it around Nick’s arm, and three minutes later, it had hardened to create support for the fracture.

Carol turned and addressed the Custodian. “I need to access the cabinet behind you.”

The Custodian obediently stepped forward, allowing her to work behind itself. A few minutes later, Carol returned to the bed.
She stood smiling at Nick until the Custodian started a loud clicking. Garbled speech suddenly came out of its speakers while a large puddle of diesel formed on the floor. With a burst of static from its speakers, it slumped forward, obviously inactive.
Carol shook her head. “What a pity it broke down.”
“What did you do?” Nick asked.

Carol laughed. “Little old me? I’m a nurse. How dare you say I did something to a Custodian? That’s rebel talk.”
Her face turned grim. “Now listen carefully. I will leave the room under the pretense of needing different painkillers. That will take about fifteen minutes.
“You will leave this room, turn left and then turn right. Walk right into Director Manson’s office. You have exactly three minutes to relieve him of his lab coat, ID card, and anything else you find interesting. He is sleeping and will not wake for at least a few hours. I made sure.
“You will then use his card to access the elevator to the surface. Nobody will stop you because nobody cares about anything happening in the Ruins.
“You will ditch the coat and ID and then hide. When you see the streets are clear, usually around 10 at night, you will head to the Robert Morris hotel at 10th and Arch. Tell the concierge you need a key for Room 453. Remember that number. The Resistance will help you past there.”
Nick’s look of surprise never left his face. “You’re a member of the Resistance?” he said
“Me? Carol asked. “I’m just a regular nurse doing her bimonthly shift in the Ruins. You have fifteen minutes before I return to this room and raise the alarm about an escaped prisoner taking advantage of a Custodian malfunction. Good luck.”
With that, Carol left the room and never looked back.
There were no repercussions from the rebel’s escape.
This place was, after all, named the Ruins for a reason.
THE END 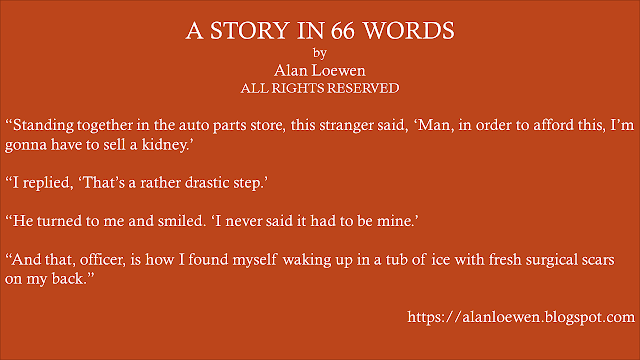 A New Release for February - In Search of the Creators 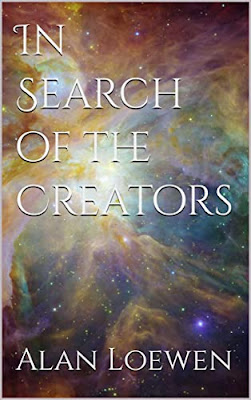 Just in time for 2022, here is February's offering of short stories for the price of only 99¢ US.
When humanity discovered they were alone in the cosmos, they returned to Earth and uplifted their animals, seeding them throughout the Milky Way. They then waited for their creations to evolve and relieve the loneliness of humanity.
But then the humans disappeared.
In Search of the Creators is coupled with Canticle of the Wolf, an SF retelling of the legend of Saint Francis and the wolf of Gubbio.

Enjoy these two parables of humanity's responsibilities when they uplift animals.

And please, if you purchase the eBook, please consider leaving a review.

Amazon US site and it will be available in all foreign Amazon markets on Wednesday, February 23rd if not before.

Posted by Alan Loewen at Saturday, February 19, 2022 No comments:

Email ThisBlogThis!Share to TwitterShare to FacebookShare to Pinterest
Labels: anthropomorphic, Canticle of the Wolf, In Search of the Creators, short story 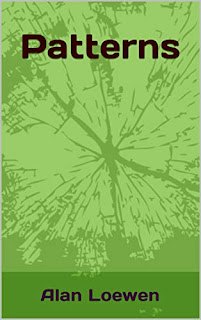 Amazon has released my newest work for the Kindle eBook Reader: Patterns, a dark urban fantasy.

Ryan Williams won what everybody thought was a Go Board at Walt’s Cards and Games, but when he took it home, he discovered it was something very different. It was a relic from a long-ago past that could alter one's mind and eventually act as a portal to a very dangerous place. And what can one do when an addictive game threatens your sanity as well as your life?

Please consider investing 99¢ in my work and enjoy a tale that you can read over and over again.
All I ask is that if you do purchase any of my work, I would be grateful for a review. Thank you.

Alan Loewen
Gettysburg, PA, United States
Born in late 1954 in Easthampton, New York, Alan Loewen is the product of a long line of German Mennonite farmers on his father's side and a long line of Episcopalian whalers and fishermen on his mother's side. In his early years, Loewen became an avid reader, devouring fantasy and science fiction as fast as he could read. His favorite novels to this day will always be H. G. Wells' War of the Worlds along with Jules Verne's Journey to the Center of the Earth. Loewen knows that his writing did not originate in a vacuum and acknowledges he stands on the shoulders of giants who have inspired him over the years: C. S. Lewis, H. P. Lovecraft, Alan Garner, Robert Holdstock, and many others. Loewen also makes no bones about his writing: he writes solely to entertain, his first desire to be a storyteller. If the reader discovers some great universal truth in a Loewen-crafted tale, that's icing on the cake, but as Loewen has said, "I want my readers simply to enjoy themselves in a story of my own creation. If they feel their time has not been wasted and they liked the story, I have achieved my primary goal."