Just In Time for Thanksgiving: A Medieval Recipe 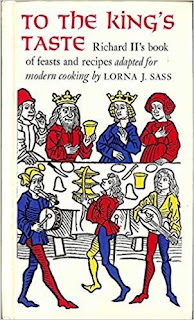 Yesterday, while haunting the crowded aisles of a local thrift store, I was able to rescue a cookbook that struck my fancy. Lorna J. Sass' To The King's Taste, is a compilation of various medieval cookbooks that were used in the court of England's Richard II (AD 1367 - 1400). I immediately saw it was a fascinating treatise and as the thrift store is notorious for shredding books and making money from the recycled paper, I snatched it up and will be sending it to a friend who is involved in the Society for Creative Anachronism (SCA).

The cookbook contains some fascinating modern translations of various dishes that were literally fit to set before a king, comestibles with such fascinating names as Perrey of Peson (an exotic and sweetly flavored pea soup), Sawse Madame (a goose stuffed with garlic, fruit, and herbs), Tart de Brymlent (fruit and salmon pie), Aquapatys (boiled garlic), and Sambocade (elderflower cheesecake).

The work also goes into trivia about medieval meals such as Richard II's castle having a hearth big enough to roast an entire ox, and exotic spices were brought from very far corners of the world such as ginger, sandalwood, pepper, galingale, and a spice called cubeb, a small berry from Java that has a distinct flavor reminiscent of a cross between pepper and allspice.


However, for your upcoming Thanksgiving feast, or any feast in general, allow me to share with you one recipe from the book that sounds tantalizing: Connynge in Cyrip, better known as ... 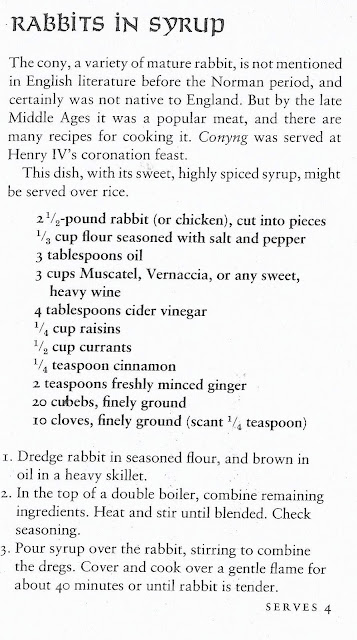 And for those poor souls that lack the time, finances, or expertise to tackle such an exotic dish, allow me to regale you with a medieval dish made specifically for peasants:


Imagine serving your family Loewen's D*mn Good Gruel this evening, sweeping into your dining room in a swirl of skirts and saying, "Tonight, we're all going to eat like pathetic, medieval peasants." and plopping tasty gruel into the earthenware bowls before them.

Well, this recipe is an authentic gruel recipe and is exactly how poor peasants lived under the crushing boots of their feudal overlords.

LOEWEN'S D*MN GOOD GRUEL
(serves 1 pathetic peasant)
Now everybody knows that a good meal must have a good presentation, so it's best to give everybody a cue card with authentic medieval peasant conversation as follows:
Yes, I am a sick puppy, but the recipe does work as I've tried it and it does taste rather good, thank you very much. 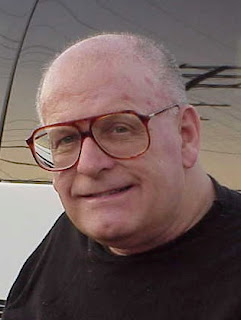 Early this morning, I received news that Fred Patten passed away at the age of 77 on Monday, November 12th. My relationship with Fred Patten was only through email correspondence, but if ever I had a personal, professional editor, it was Fred.

I first became acquainted with Fred when I asked him if he would review Opal Wine for me and I was delighted when he said yes. The result was a wonderful review and one I am both grateful for and proud of and you can read it here.

Sometime later, he asked me to consider contributing to an anthology he was collecting and unfortunately life events prohibited any work toward his vision. However, in the ensuing anthologies, I worked with Fred on contributing three titles:
It was The Shrine War that served as the biggest challenge to my career and Fred and I corresponded frequently over its creation. Throughout all the dialogues I had with him, Fred always remained professional, friendly, and polite and his recommendations for edits were always correct.

It was a delight working with Fred. He taught me a lot and I am very grateful that he was the one who inspired me to write The Shrine War. Up until now, Coventry House that was published in my Opal Wine collection has always been my best-known work. I believe that if my extended version of The Shrine War is ever published, that is the novel that will make my career and it will be dedicated to Fred Patten's memory.

In closing, a jaw-dropping list of his accomplishments is found here.

Posted by Alan Loewen at Tuesday, November 13, 2018 No comments: