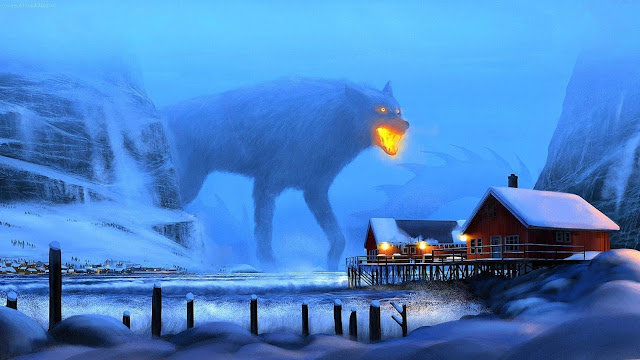 What happens when you combine Norse mythology with Japanese manga? A rather odd piece of flash fiction.


My name is Vidar, the son of Odin.

You do not remember Ragnarok, the final battle between the Æsir, the gods of old, and the Jötnar, the forces of chaos. I remember it well.

I saw the cosmos destroyed and reborn, and so very few survived. Then the Fates decreed the new world arising from the ashes would never remember the old. They changed the memory of mortals, even in dreams, so no evidence existed of the glory of Asgard except as tales for children.

Yes, I remember Ragnarok when god and giant slew and slew and the killing ended because there were no more to kill. The only survivors were myself, my brother, Váli, and Magni and Modi, the sons of Thor.

We had given ourselves up to the Fates, to let the Norns play out their cruel hand, but we have not died. We have watched the eons flow by us like water and, to our surprise and delight, Mjolnir, Baldr, and his brother Höd have been reborn. As Asgard now lies in uninhabitable ruin, the reborn have joined us in Idavoll.

Hod still stands gifted with prophecy and, some moons ago, he cast the wooden slips. They revealed to us that as we have returned, the monsters would also someday return: Jörmungandr, the Midgard Serpent, and the giants, Surtr and Garmr. And the divination has also revealed the ultimate cruelty of the Norns. Fenris the Wolf has already risen from Hel to walk Midgard once again.

At Ragnarok, I saw Fenris kill my father, Odin, and I tore the demon's jaws apart in my fury and grief. I have sworn a mighty oath the beast will die again at my hands.

Hod told me that Fenris was reborn in a faraway land called Japan, so taking the guise of a mortal, I once again walk Midgard.

This new land is strange. The people, the customs and their gods are peculiar, and I try my best to walk unseen. Yet, I delight in discovering the people in this island nation have an understanding of honor that I treasure.

Hod's prophecy and my oath led me like a beacon. In my inner self, I could sense Fenris lurking in this place. I could smell him.

Finally, in a busy city the people call Tokyo, my spirit told me to sit in a park and wait. Taking my place on a bench, I ignored the people walking by keeping my eyes on the entrance where I knew Fenris would enter.

The moment I sensed him near, the old grief and rage drove me to my feet, but then I stopped in disgust and dismay.

A group of silly young girls had entered the park, giggling and laughing and blocking my view of the monster surely behind them. Yet, I could feel the demon wolf's presence as you mortals feel the hot summer sun on your skin.

It was when the Japanese school girls reached me, I realized the beast was in their midst. I clenched my fists and searched the group for it, but when it met my eyes, I froze in surprise.

And then I laughed. For the first time since I buried Father Odin so many millennia ago, I roared in my sudden knowledge that the Fates can be capricious to those who are evil as well as those who stand on the side of honor.

The dark eyes of a young schoolgirl met mine filled with surprise at my outburst, passed over me in ignorance, and I watched her continue on her way.

I will not kill a child, no matter what her spirit may have been in eons past. Maybe someday when she reaches adulthood, she may remember what she is, and if that happens, I will be ready.

Until then, I drink mead in Idavoll and my brother gods and I toast the Fates who we now know have a sense of black humor to temper the horror they weave of our lives.