Paranormal Romance? Let Me Give It A Shot. Oh, Man, I'VE OFFENDED MYSELF!

Many years ago on a list for Christian writers, I made a humorous post about the genre, but one of the members got her knickers all up in a knot and called me on the carpet for it. She recommended I read two other paranormal romance books that evidently were the cream of the crop and so I dutifully looked them up and read some excerpts.

But who am I to judge? Paranormal romance certainly has an audience out there or they couldn't sell it by the manure shovel loads, so let me try my hand at some.

Warning. This stuff below is sheer dreck. I found it painfully easy to write, but if you continue, I don't want to hear complaints about its tastelessness. The Sinister Minister has warned you. 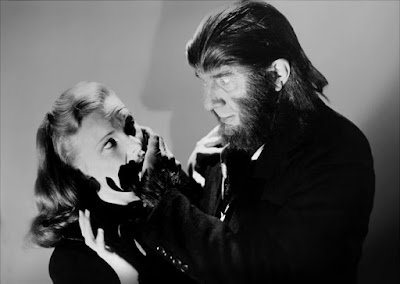 
Mary Beth Wazorski ran nimbly through the misty, moonlit woods, only allowing the whisper of her leather boots and the hem of her long skirt brushing the leaves to mark her passing.

Drops of blood glistened, spattered on the dry leaves, the spoor reflecting the moonlight for her well-trained eyes to follow.

Almost soundlessly, she leapt a small fallen tree without missing a beat. In one hand she carried a 12 gauge shotgun loaded with silver slugs and in the other a crossbow armed with special arrows whose points had been dipped in holy water.

She had been trained well.

The elders of the First Apostolic Holy Fire Church of the Thrice Baptized Remnant had brought her up making sure that Bible verses were memorized along with the names of deadly poisons and that daily prayers were accompanied by assassination techniques.

For evil was afoot and the Church just wasn't playing nicey-kissy anymore.

She sensed before she saw that her prey had stopped running and in a millisecond, she burst into a clearing with the full moon pouring down its light on the waiting werewolf like divine judgment.

And it had already lunged for the attack.

Mary Beth parried a paw with the shotgun barrel, but still the claws raked her wimple and tore it away from her head releasing the glory of her hair. Bright golden locks flowed forth from their confinement, catching the moonlight and scattering a glorious nimbus about her head making her look like Eve in some primordial, pristine Eden. Each strand captured and reflected and refracted each moonbeam making the wooded clearing glow with an even greater intensity, not from the moonlight itself which appeared to dim itself in shame that it dared to compete with this greater glory, but from the hair itself or, maybe, some observer may have thought, from the pure and illuminated thrice-baptized soul of Sister Mary Beth.

And the light illuminated her eyes, making the emerald pools reflect back the glory that revealed her flawless, creamy skin, flawless except for one simple beauty mark that highlighted a dimple on her right, pert, little cheek.

But all of this happened as fast as the blink of an eye, for Mary Beth had already drawn her shotgun and the night erupted with the roar of gunpowder expanding in the confines of a barrel.

Death shot toward the blasphemy, but it had already spun aside and the bullet went wide of its mark. Without missing a beat, the night thrummed to the sound of a crossbow bolt being loosed, but again, the diabolic creature managed to turn in time.

But not in time to avoid a well-placed boot to the wolfish face.

Monster or no, a well-placed kick to the side of one's head traveling twenty-five miles an hour is certain to deflect the charge of even the strongest creature.

Suddenly a beam of light from the rising sun peeked over the horizon.

The werewolf dropped to the ground and begin to howl its agony as the transformation forced the beast back down into the human form it wore except when the three nights of the monthly full moon held sway.

In moments, all that was left was a man huddled and shivering in the clearing.

Mary Beth stopped in surprise and she allowed her eyes to trace the well-muscled form, each sinew forming rills and hills on the man's skin she found quaintly appealing to her eye. Long dark hair, shining in the opening moments of dawn framed a perfectly chiseled face with a large, intelligent forehead, a perfect nose and chin and large eyes with long lashes that Mary Beth knew instinctively that when they opened would be a perfect hazel.

The man opened his eyes and Mary Beth smiled to herself when two hazel pools stared back at her.

Another bird joined the growing chorus.

"Are you going to kill me?" the man asked, the timbre of his voice making Mary Beth feel strange vibrations in places long dormant.

The man shook his head. "You forget the quatrain: Even a man who his pure in heart and says his prayers at night, can become a wolf when the wolfbane blooms and the moon is big and bright."

He knows poetry! Mary Beth thought to herself, her heart fluttering in her chest. "Well, I don't think I want to kill you just right now. Maybe tonight?"

The man shook his head again. "The last night of the full moon is over. I will not experience the curse again for another 28 days."

Mary Beth dropped the barrel of her shotgun to her side. "Oh," she squeaked.

The man smiled. "Harold," he said, "Harold Ironside. And even though you might not be killing me tonight, maybe we can discuss future prospects over dinner this evening?"

"Normally," she added hastily. "I mean ... well, that didn't sound right. I don't date anybody.

"Well," she continued. "my church is having a potluck supper this evening. I think you could take me to that."

"I think that can be arranged. Should I make a dish of baked beans?"

He cooks! Mary Beth thought joyously. "Yes, yes. That would be great."

Monster and monster killer stared at each other for a few moments as unspoken words transmitted themselves between the two beating hearts.

"But you don't mind that I become a monster for three nights every 28 days?" Harold asked plaintively.

He's a bad boy, Mary Beth thought, but I bet I can fix him. Mary Beth shook her head in response to Harold's question.. "Well, I guess I won't judge. I become a little bit of a beast myself every 28 days."

For a moment longer two pairs of eyes stared deeply into each other then impulsively, they rushed together for a long and passionate handshake.