The Many (Supposed) Faces Of The Rev. Craig "Alan" Loewen

(The risk in writing humor is that somebody is guaranteed to take it all serious. For the 99.9% of you who appreciate wry humor, enjoy. For that one sole person who is going to take this all serious no matter what I say, the following is 100% factual and true. Really. Not a word of satire or hyperbole in the whole bunch. You’re going to believe it anyway.)

Being a regular joe who happens to work as a member of the clergy, I am surprised at the number of assumptions I experience almost every day when people discover I am a “man of the cloth.” Why people who have never been in a church in their entire lives, the mentally unstable, and the anti-theists (not to be confused with atheists who tend to be more rational) prefer the caricature over the reality is beyond me. It normally centers around three viewpoints:

The Right Rev. Loewen slammed his fist on his throne, meat from the chicken leg that he held in his equally meaty fist spraying over the congregation. “More offerings you gibbering simps! I need a new Rolex!”

A penitent crawled to the throne. “Please, O Great One, my children! My children are starving. May we have just a morsel to keep us alive so we may serve you for just one more day?”

The pastor bellowed with laughter. “You need food for your starving children?” He leaned close to glare into the face of the congregant.

He bellowed with anger as he grabbed a flagon of wine from a trembling servant girl. “Enough of this. Now bring on the dancing bears!”

The shadow was a darker shadow in the alleyway as it made its way to the dead end. It tapped on a secret door, thrice. There was a click of something opening.

“I am Richard Dawkins' worst nightmare,” the newcomer whispered back.

“Welcome, brother!” the opening of a door, a flash of light, and once again the alleyway was dark and deserted.

Inside, seven pastors huddled in a candlelit room—seven being the perfect number for a coven of clergymen—and one by one stood to give their reports.

“I have been elected to the local school board and I have already pushed through an abstinence program!”

There was a mutter of approval throughout the group .

“I,” another said, “got all the Disney DVD’s banned from the local library!”

Again, the muffled mutter of approval.

One by one they all gave their reports. From letting out the air in the tires of the local Freedom From Religion director’s car to posting pictures around town of the current President as the Joker, the litany of evil continued.

“We almost have the upper hand,” the leader said in triumph. “Today it’s our little town, tomorrow the world!”

“Um,” one of the pastors said, “I think you got the wrong paradigm.”

“What does it matter?” asked the leader. “After all we’re just religious fanatics.”

“Remember!” the leader said, motioning for quiet. “We’ll be meeting back here tonight before we go disrupt the local town hall meeting.

“Loewen, get up!” The pastor’s wife kicked the bed again making the figure groan his displeasure. “It’s Sunday. You gotta go preach.”

“Ahh” came a complaining voice. “I worked last Sunday. I need my sleep.”

“You haven’t been out of that bed since last Sunday. Get up and earn your paycheck.”

The figure groaned and buried itself deeper in the covers and pillows. “I’m sick. Tell ‘em I worked too hard throughout the week.”

“Lazy good for nothing,” his wife complained. “I shoulda married that used car salesman.”

And as a puzzled congregation sang through Blest Be The Tie for the tenth time waiting for the pastor to show up, the good man of the cloth drifted back off to sleep to dream about dancing bears. 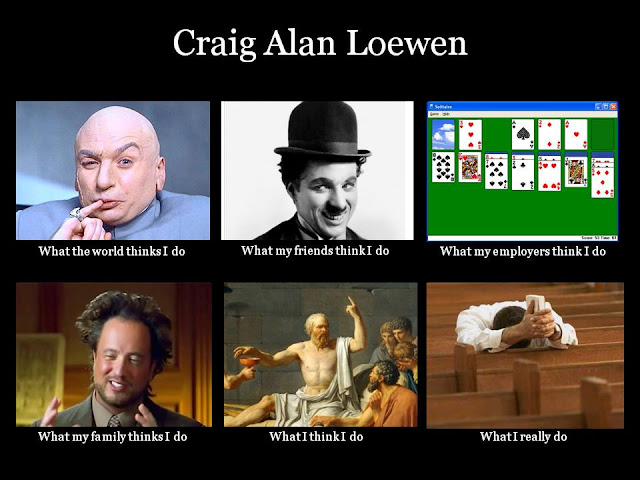