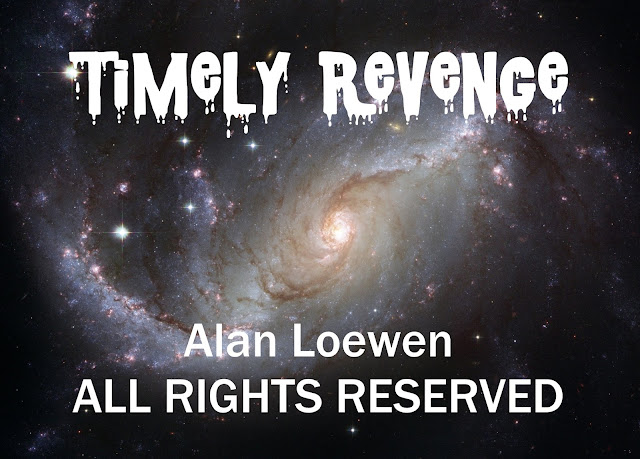 
"You say I killed Drew Carlson and my wife, Lisette, but I'd like to see you prove it. As far as we both know, they probably died peacefully in their sleep ... together. Exactly the way they wanted it.

"And what is Zeus Corporation going to do about it? There can't be a public trial, you know. The miniverse is a military secret, all hush-hush. Can't let that get out now can we with all our government contracts and everything, right?

"So, since none of us can get about our real work until you have the story, here it is.

"Can I have a cigarette? Thanks.

"You fellows brought me into the Genesis Project two years ago. By that time, you already had created a miniverse in that magnetic jar. Man, I wish I had been part of that. To rip a tear in our space/time continuum and create a tiny universe of our very own and all of it contained in a space that to our perspective is the size of a pea. Quantum physics rocks, doesn’t it? And then not only to have power over it all, but create a portal where we can go anywhere you want inside a universe of your own creation? To control its time flow and make it zip ahead twenty thousand years in less than a millisecond.

"I love how it makes me feel like God.

"By the way, how many universes has the Corporation created and destroyed before this one? I can see you either don't know or you can't tell me. No sweat, but I’d love to know. Does it ever make you wonder if our own universe is somebody's experiment? Gives me the willies to think about it, but let's not go there.

"Anyway, I came into the project with my wife, Lisette. I can't believe that I spent all that cash helping her get a doctorate in exobiology and here you guys actually gave her an opportunity to use that worthless degree. Knowing Lisette, I thought the money would have been better spent on basket weaving classes.

"But, Lisette and me? We were happy, emphasis of course on the past tense. I helped control your private little cosmos and she got to go inside and study all those weird little aliens you all evolved in there.

"But I couldn't go in with her. I had to stay out here with the engineering staff and help baby-sit an entire universe while she's in there looking at who-knows-what.

"For pity's sake, man, I'm a freaking engineer! I hack computers in my sleep. Did she really think I wouldn't see the e-mails they were sending each other on their office computers?

"So they want to be together? No sweat. I waited two months until it was just them and them alone on an exploration trip. They go through the Portal to some backwater planet you guys had already seeded with Earth life and when nobody was looking, I aged the entire miniverse ninety thousand years in just a few seconds.

"With Drew and Lisette trapped inside it.

"I already heard the Corporation found the planet filled with little furry imbeciles with hints of Drew's  and Lisette's DNA. I guess inbreeding does do in the old sentience genes eventually, but hey, Warren and my wife got to be together, right? They even got the opportunity to raise a little family.

"Anyway, look at the bright side. If I hadn't showed you Security guys a dangerous loophole in the system, you wouldn't have those new safeguards in place. You should thank me.

"Anyway, a planet full of furry little freaks is pretty evident to me that Drew and Lisette lived a long time, so technically, I didn't kill 'em and you can't put me on trial and I'm too valuable for the project, so I'll just head back to work, okay?"

The Zeus Corporation has judged Engineer Dean Tevis unfit for further employment. He has been summarily fired and exiled alone to Earth VII, Shallivarden System in the Cathuria Sector and the entire miniverse time flow accelerated by two hundred years.

This case is considered closed.

(Title graphic is in the public domain and is labeled for noncommercial use with modification)
Posted by Alan Loewen at Saturday, October 15, 2016