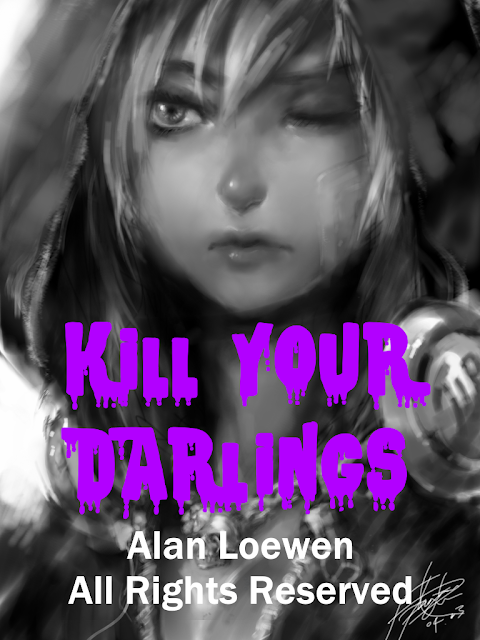 Sitting in the window of my favorite coffee shop, I watched Reggie coax his battered Dodge Van into a parking slot. I glanced at my watch and knew something was wrong. Not only was my eccentric friend on time, he was actually a few minutes early. When he eased his bulk out of the van and started looking about, I assumed he forgot that I told him I would meet him inside the cafe.

He finally saw me waving through the window, and he waved back, yet as he walked to the entrance, he still looked about with a look that bordered on fear.

Inside, he shed his coat, and squeezed himself into the seat across from me.

“Skittish, aren’t you?” I asked as he motioned for the waitress.

“Fred, you are not going to believe what I think is happening to me. It’s … it’s incredible and I want you to tell me I’m just losing my mind.”

“Don’t make me laugh,” he said, anger flashing in his eyes.“I think I’m in some serious kim chi.”

He called the waitress over and ordered breakfast suitable for three men.

“Stress puts me off my feed,” he replied. “This has me all worked up.”

I boded my time as the waitress put a little coffee in Reggie’s cup of milk and sugar and wandered away. After taking a large gulp and a good amount of it joining the other stains on his shirt, he wiped his chin on the back of his hand and sighed. “Well, Fred,” he said, “remember that pile of stories I wrote for my humor anthology?”

“Did you read the one I wrote about the three girls attaining magical powers?”

I rolled my eyes. “Unfortunately. That was—how can I put this kindly?—sophomoric.”

“Well. Here’s the killer. Do you remember the last line of the story?”

I shook my head in the negative.

“Well, I do. I got the blasted thing memorized. I quote: ‘And when I get my hands on the clown who plotted this,’ Priscilla said through clenched teeth, ‘he'll wish he had never been born.’”

Reggie looked around nervously. “Fred, I didn’t write that. The last line I wrote was one of the girls making a crack about their new cheerleading routine.”

“Well … maybe you don’t remember writing that last line or maybe the editor thought she could improve on the story. I don’t know.”

Reggie shook his head. “Neither of them are true. And last night, I got an e-mail.” He reached into his pocket and unfolded a piece of paper and gave it to me. It was a computer printout and other than the typical header which said it was from a Priscilla Waverley, the message itself contained only on line. ‘A good writer kills his darlings. Maybe it’s time for the tables to be turned.’

Reggie laughed, a high pitched nervous cackle. “Oh, but you see, I’m not a noob when it comes to computers. I know how to find the source of an email from its header.” He blinked at me owlishly through his thick glasses. “Fred, it comes from no known domain.”

I laughed in spite of myself. “Reggie, Reggie, Reggie, do you hear yourself? Do you hear what you are saying? You’re trying to get me to believe this e-mail came from a character in one of those silly stories you wrote!”

Reggie leaned in closer. “Fred, you gotta listen to me. Do you remember the super power I gave Priscilla Waverly in the story? I gave her the power to manipulate earth. Now you can ask my wife, but last night Emilia and I woke up to what felt like an earthquake.”

“It was an overloaded eighteen-wheeler driving by your house,” I said in growing impatience.

Then the waitress brought Reggie’s breakfast and our conversation was interrupted by my friend’s frontal assault on three Breakfast Specials. I nursed my coffee and kept silent while he ate. I learned early that getting Reggie to eat and talk at the same time was a guaranteed path to post-traumatic stress disorder.

In ten minutes he shoved his plates aside and hugged his refilled coffee cup like a beloved pet.

Reggie shook his head. “I think I’m going to need some real help. If I find more evidence like this, you’ll help me right?”

I nodded. “Of course, but I’m telling you that you’re letting your imagination run away with you.. You need to relax. Go write a romance or something.” Reggie sneered and left. Three minutes later I realized he had stiffed me with the bill and the tip.

The next day was Sunday and that afternoon, I had just sat down to watch the latest Dr. Who bootlegs when the phone rang.

“I don’t know who this is and I’m not happy,” I said into the mouthpiece, when I was interrupted by Reggie’s high-pitched wheedle.

“Fred! Fred!” came the tinny voice over the phone, “You gotta help me! Please! Turn on the TV. Go to Channel 8!”

“Hold on,” I said. I found the remote I was sitting on and flipped the channels. A smartly dressed woman stood informing the viewers an unexpected earthquake measuring three on the Richter scale had struck south-central with its epicenter just two miles south of Dillsburg.

Where my friend lived.

“Reggie,” I said into the phone. “You have got to calm down. Literary characters do not come to life. It doesn’t happen.”

I heard my friend sob on the far side of the phone. “Fred. I’m calling from inside my writer’s shed. Priscilla Waverley is standing on top of the hill right across the road. Please come and get me out of here. I don’t think she’ll kill me if there are witnesses.”

Suddenly, I heard my friend shriek and his scream was drowned out by a low growl as if some gigantic beast had reared its head. The line went dead.

In two minutes I was in my car heading to my friend’s home.

My worry increased when the traffic report on the radio told drivers to steer away from the area that contained Reggie’s address.

Twenty minutes later, after lying through my teeth to get through the roadblocks, I came around the corner and brought my car to a halt alongside the road. My jaw hung open in shock.

Reggie’s home still stood intact, but a short distance away in an old field gone to weeds and shrub, an old shack served as his writing office. Or, better to say, had served.

Surrounded by rescue vehicles with their blinking lights, the place where Reggie’s shed should have been was nothing more than a huge gaping sink hole.

I put on the four ways and stepped out of my car. It didn't take any imagination to know my friend could not have survived the earth giving way under his very feet.

Slowly, I turned around to look at the grassy hill my friend had mentioned, the one that would have been clearly visible outside of his office window.

And there she was.

After gingerly climbing over a barbed wire fence, I slowly made my way up the hill to her, carefully picking my way around the occasional cow patty.

She didn’t run. She just stared at the destruction below with a sickly grin on her face.

“Priscilla Waverley?” I asked when I got close.

She turned and looked at me in alarm. “You know me? How do you know me?”

“Reggie told me that you were threatening him.”

She laughed. A little teenage girl giggle. “I think I did more than threaten.”

She shrugged. “Ask away. If I don’t like the question, I’ll just have the earth open up and swallow you. Nobody’ll ever know.”

“Do you have any memories of your life say, about a year or so ago?”

She snorted in contempt. “That’s stupid, of course I …” Suddenly she paused. Her brow furrowed in intense thought and a look of worry came to her face.

“In fact,” I asked, “other than the events in the story Reggie wrote and what you’ve done to scare him, do you have any memories of any life at all?”

She looked at me then. Scared. “I know if I think hard enough …”

“You know,” I interrupted, “I find it ironic that Reggie and his wife always wanted a child and in a unique sense of the word, he actually was your father.”

“You’re guilty of patricide. And because of a perceived slight to your pride, you killed the man that brought you into existence.”

I had her full attention now.

She looked back down the hill at the ruin she caused. “I don’t know. I’ll get by.”

“No,” I said. "Not so. The man who brought you to life and could have sustained you is now dead.”

She looked at me, genuine panic in her face. “But you’re talking to me! You see me!”

I smiled at her. “Who, me? I don’t believe in you.” I turned on my heel and walked back down the hill.

When I got to my car, a policeman stopped me. “Excuse me, sir. But I have to find witnesses. Did you see what happened?”

“Didn’t I see you up that hill there talking to somebody? Could they have been a witness?”

I looked up at the empty hillside.“My apologies, officer, but you must be mistaken. I haven’t spoken to a living soul since I got here."

(Title graphic is labeled for noncommercial use with modification. Original artwork can be found here.)
Posted by Alan Loewen at Sunday, October 16, 2016